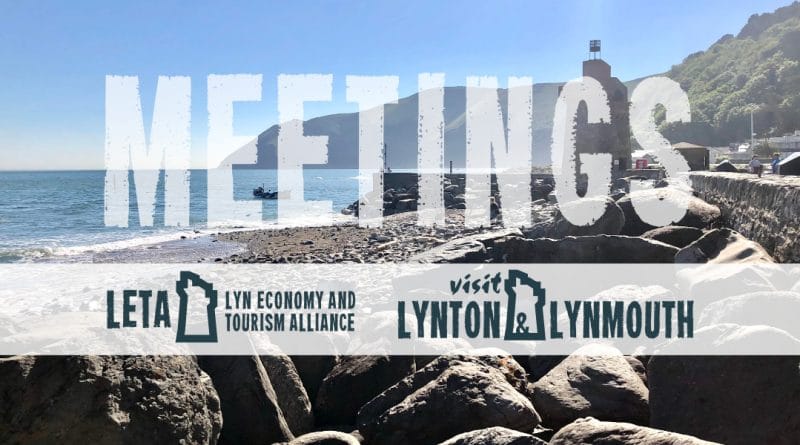 1. Actions from Meeting of 9th February (see below).

All done. Workhub to be publicised on VLL once drawings/artists impressions are prepared.

The operator’s proposal to LLTC was far too costly and involved to many volunteers so was turned down. So the drive-in will not proceed.

Are currently finding architects/designers. One price received, another due today. Selection will take place almost immediately. All is going according to plan.

Will be run by First Bus as a commercial operation without any public subsidy. Is one of a series of routes across the southwest.

Start date and timetable not yet publicised but it will consist of two open topped vehicles with six trips a day in each direction.

A proposal for 20 converted containers at a site currently leased by the proposer. Will require planning permission which isn’t straightforward. Progress will be watched with interest.

a) Esplanade barriers will be in Lynmouth tomorrow. Sleeves with local photos being produced to make them attractive.

Action: LETA to request the final piece of funding of around £100 from LLTC.

Action: Dan to email some possible photos to Kevin and Jason.

b) ENPA is gearing up for lots of visitors, with many first-timers. Two publications are being prepared. Are advertising for an additional ranger. Also, are compiling opening dates of various Exmoor attractions for circulation.

a) “Places to eat in Lynton & Lynmouth” is going to print in May.

b) Liz has done two maps; one of the walking routes in L&L, the other more general. Will be available free in small numbers, large numbers will need to pay for. Will be on sale at Lynton PO/TIC.