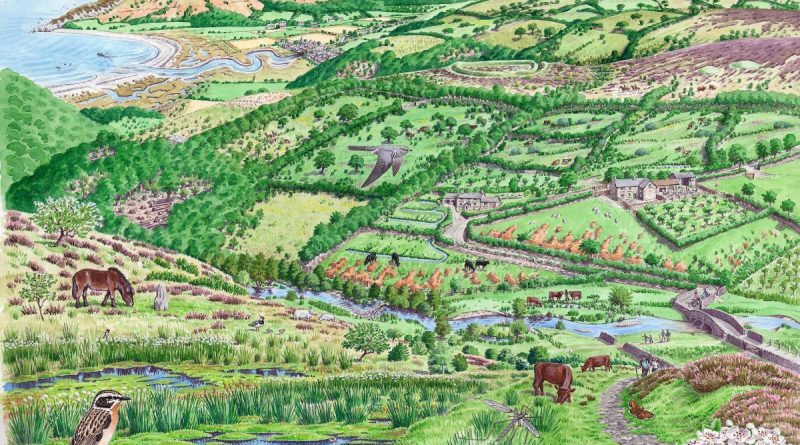 Exmoor is already considered a haven for nature. But could it be even better?

On the 26th February the Lyn Climate Action group hosted a public Zoom meeting in which Exmoor National Park’s Wildlife Conservation Officer, Ali Hawkins, presented the Park’s Nature Recovery Vision. The meeting was well attended with almost 50 participants. This article is a summary of the presentation and some of the questions raised. Details about how to find out more are included at the end.

Exmoor of course has numerous areas designated as sites of special scientific interest (SSSI) and areas identified as ‘priority habitats for biodiversity’ including moorland, woodland, unimproved grassland, and orchards. However, it is not immune from the alarming declines in wildlife that have been tracked particularly over the last 50 years. The main reasons identified are the way we use the land, pollution and overexploitation, invasive species (plant and animal) and of course from the changes in our climate. Some of Exmoor’s wildlife that are declining, or already extinct, are the curlew, merlin, salmon, marsh and pearl-bordered fritillary, red squirrel and turtle dove. Others are doing OK but still considered vulnerable including the cuckoo, whinchat, dunlin, heath and high-brown fritillary, the otter and the Atlantic lichens.

So, given the threats and opportunities to nature, the ENPA recognises that it is not enough to ‘just’ protect the havens that exist now – there needs to be a wider approach that helps to combat the effects of climate change and make habitats more resilient to change. An independent review of England’s wildlife sites – ‘Making Space for Nature’ – said what is needed can be summarised into four guiding principles. We need:

So ENPA has created the Nature Recovery Vision for Exmoor in which Exmoor’s farmers, land managers, conservationists, communities and public bodies will work together to deliver ‘a Nature-rich Exmoor National Park’ which is great for wildlife and great for people based on these principles. It is not prescriptive on how to manage land – after all ENPA do not own most of Exmoor – and it is not a delivery mechanism.  How we get there is the challenge ahead with targets set for both 2030 and 2050 in the Vision document.

Questions from participants included trying to get clarification on the vision, funding mechanisms and the role of landowners. Around 75% of Exmoor is privately owned and there was much discussion on how farmers already try to do their best for nature; previous Government funding models have sometimes worked against this, although there is hope that the new Environmental Land Management Scheme (ELMS) will shift this focus with ‘public money for public goods’. The issue of pheasant shoots was also raised and how that negatively impacts broader wildlife.

There are always unintended consequences of any strategies. There were a few questions about competing priorities across Exmoor requiring more joined up thinking. For instance, the promotion of public access might conflict with Nature Recovery needs, or what would take priority between protection of the historic environment and nature recovery. Planning permissions often require mitigation measures to protect nature, but these are then not surveyed to monitor the actual impacts.

What can we in the Lyn Valley do to contribute to this vision?

Here’s a few ideas for starters:

ENPA is in the process of developing a nature recovery ‘toolkit’  which will be available on their website in due course. Talk to others about the vision and persuade them to take action at a local level.

We are all encouraged to get involved as a volunteer with Exmoor Wildwatch where you can, for example, volunteer for a project like the Exmoor Non-Native Invasive Species Project (both available on the ENPA website) or send in wildlife records through our INaturalist Exmoor Wildwatch page.

Make a 10% Pledge for Nature – allow part of your garden, community space, landholding, local verges etc can be allowed to develop for nature.

ENPA are still in active communication with all stakeholders about this vision and how to go about it, so do contact them at naturerecovery@exmoor-nationalpark.gov.uk with any ideas or questions.

Interested in viewing the Zoom meeting? Links to it – in two parts (due to a recording hitch!) – are here: Zoom part one and Zoom part two. And the presentation slides are also on our website for reference.

The Nature Recovery Vision and related documents are available through the ENPA website.

Written by Vendela on behalf of the Lyn Climate Action Group. 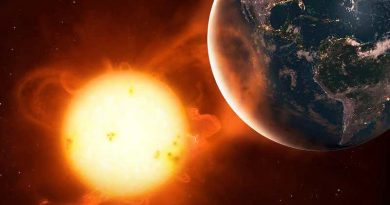 Back to Basics: What is ‘Global Warming’? 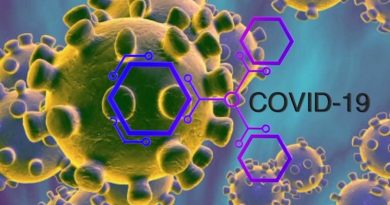