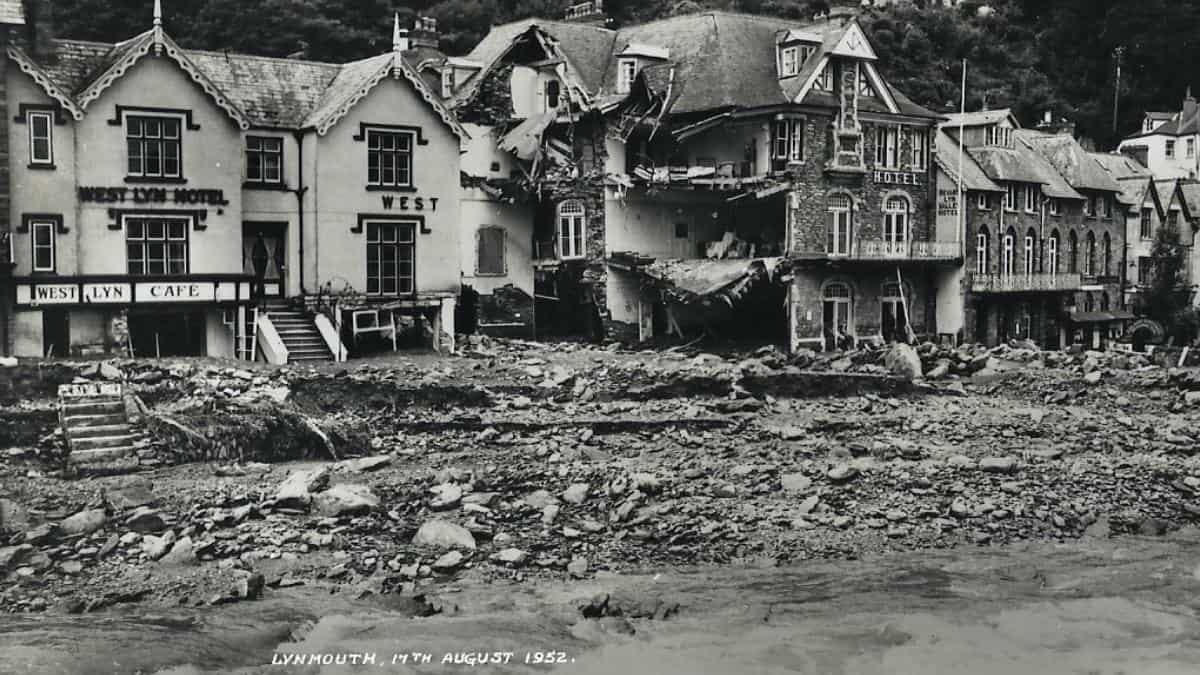 Lynmouth is surrounded by stunning natural beauty but in 1952 it also experienced the awesome destructive power of nature.

On August 15th there had been 12 days of above average rainfall when a thunderstorm dropped a further 9 inches (230mm) of rain in just over 24 hours. The steep valleys leading into the village concentrated the water from the moors into the East and West Lyn Rivers resulting in narrow torrents powerful enough to sweep huge boulders into the heart of Lynmouth.

At Lyn Bridge an old packhorse bridge with an opening of 75 square feet was washed away by a wall of water ten times this size. Meanwhile the much more solid bridge over the West Lyn did not give way, but collected flood debris and acted as a barrier that diverted the West Lyn down the main street of Lynmouth.

The Victorian popularity of Lynmouth had encouraged buildings to encroach onto the old river beds and the West Lyn River had been altered around a meandering route to allow this. The force of the flood took the river back to its original direct course through the village.

The flood devastated people’s lives and in total 34 people died but great bravery was also shown. A local policeman, Derek Harper, was awarded the George medal for his bravery in rescuing people while
Reg Freeman and Charlie Postles at the hydroelectric power station struggled to maintain the electricity supply until forced to evacuate. Over a dozen received bravery awards.

Their stories and the tragic events of that day are remembered at The Lynmouth Flood Memorial Hall which contains a scale model of the village at the time of the flood and photographs showing the devastation.