The Rhenish Tower – a Lynmouth Icon

The Rhenish Tower is very much a symbol of Lynton and Lynmouth.

It is thought that the tower was originally built around 1832, following the belief that saltwater bathing was good for the health and to prevent the need for participants to brave heavy and/or icy waves on the seashore.

The “bath-house” was reportedly available in Lynmouth in 1830 where “hot and cold baths are prepared”. This building was constructed, unsurprisingly perhaps, on the site of the current Bath Hotel. Some sources suggest a tower was built as early as 1820, but there is no evidence to support this.

Originally a squat tower, with a tar barrel flare on top to guide mariners into the harbour, many people thought the tower was ugly and an eyesore. In 1850, or thereabouts, General Rawdon – who owned what is now Clooneavin – paid for the tower to be extended to resemble the more familiar shape we see today.

General Rawdon had a tank installed at the top of the tower, and this fed saltwater to the “bath-house”. Incidentally, by 1838. seawater baths were also available at what was known locally as Seabreeze Cottage (today the little café next to the Rising Sun in Lynmouth) and owned by a Henry Trix.

The tower remained virtually unchanged for many years – except for the replacement of a tar barrel with an electric light fitting. This light was visible for a distance of 10 miles.

The origins of the name “Rhenish” is a little unclear, but it is generally accepted that it was so-called after similarly shaped towers on the River Rhine.

The tower continued to guide mariners into harbour until, on 15 August 1952, it was totally destroyed in the Lynmouth Flood Disaster. It was rebuilt in 1954 on an extended pier with only the fire basket, that sat on top of the original tower, being salvaged from the beach. The rebuilding was formally recorded by an inscribed stone housed in the tower itself.

Images are courtesy of Lyn and Exmoor Museum 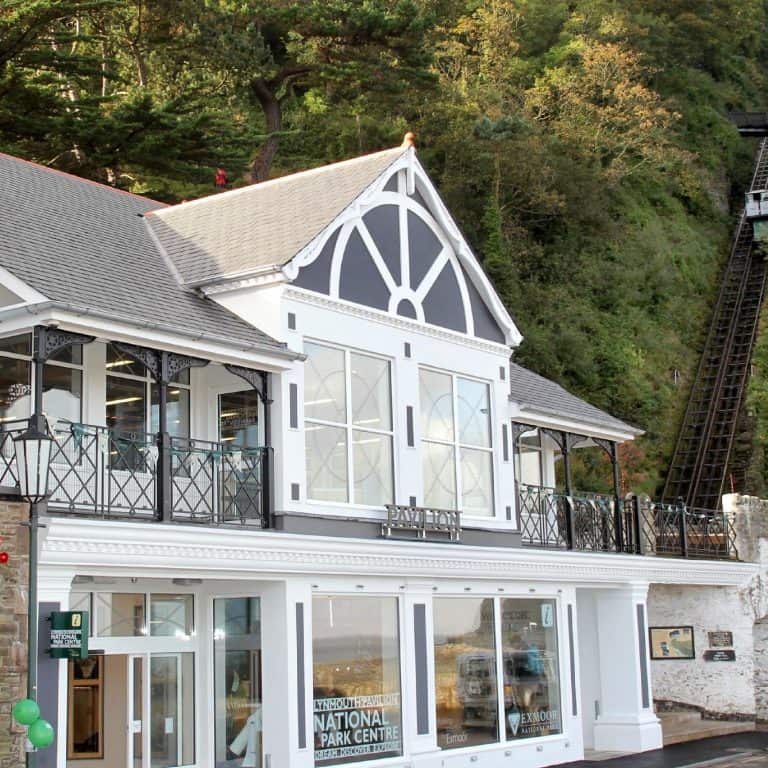 Get friendly bespoke advice and learn more about Lynton & Lynmouth. 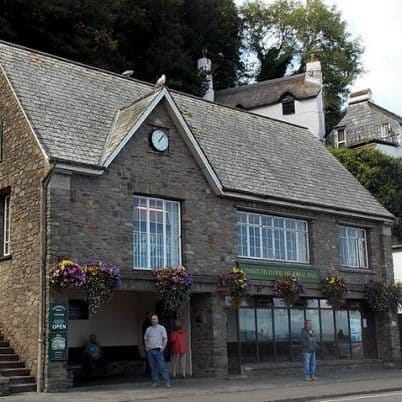 A permanent free exhibition of the village pre-flood. 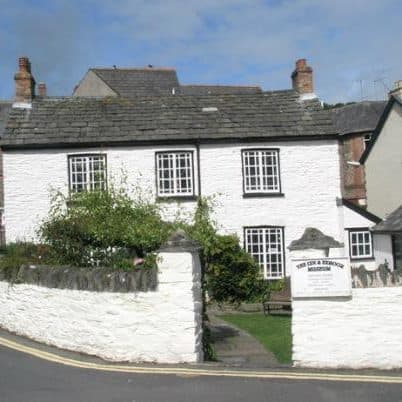 A charming small museum about Exmoor with collections of from Lynton and Exmoor, also maritime, railway, and natural history.