The Duke of Edinburgh in Lynton & Lynmouth 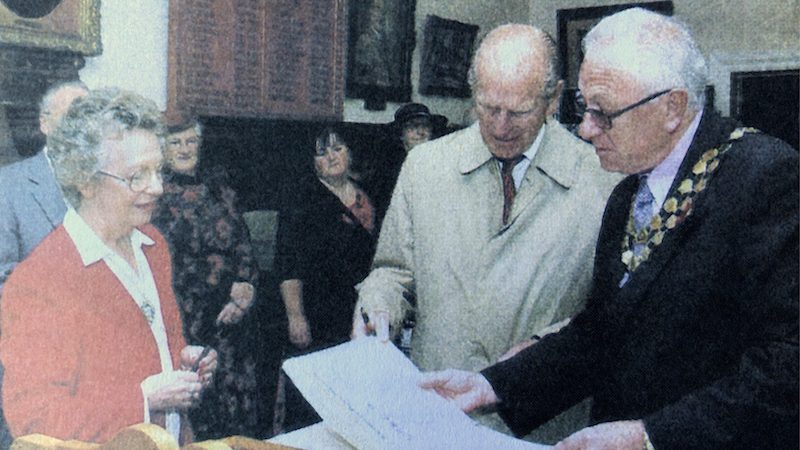 The Duke and Lynton & LYNMOUTH

Our towns were deeply saddened to hear of the passing of HRH Prince Philip. He will always have a deep connection with Lynton & Lynmouth.

His visits in 1952 after the calamitous flood, and 2002 for the 50th anniversary of the flood will have deep and lasting memories forever.

The ‘Lynton & Lynmouth Scene’ Magazine were an annual publication created by the towns local tourism committee.  The magazines was widely circulated and contained lots of current and historic information about Lynton & Lynmouth.  Sadly they are no longer in production, but who knows … maybe they will be again one day.

The most treasured copy of this magazine is held by Suzette, who kindly allowed us to photograph it, and extract her 2003 recollections of the year the Duke of Edinburgh came on a visit of remembrance. 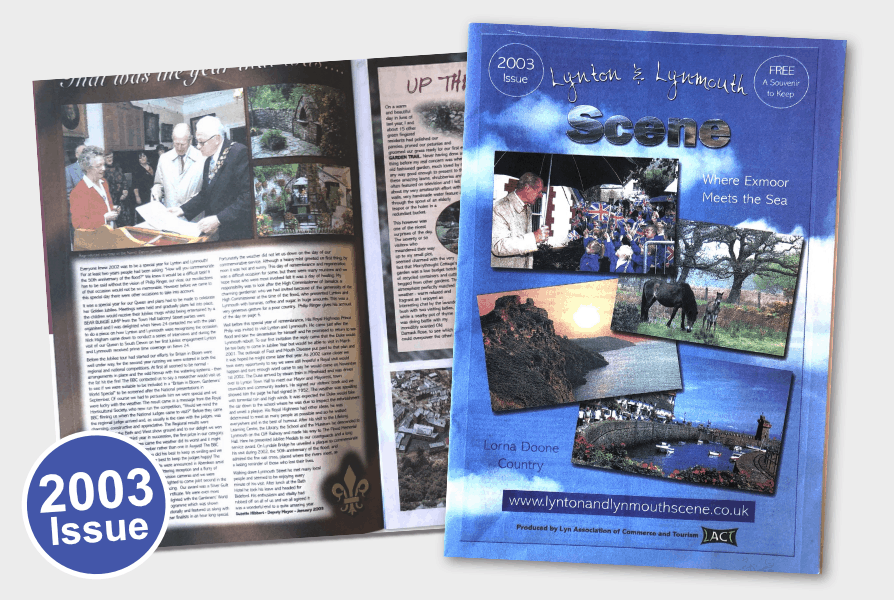 We caught up with Suzette Hibbert, who was the Deputy Mayor in 2002, to ask her of her memories of that day when he revisited Lynton & Lynmouth in 2002 …

“On reading the following article nearly 20 years later I think it shows how impressed we were by the Dukes energy and vitality. Considering how many engagements like this he attended every year and yet he still managed to make us feel we were special and he was interested in all we showed him.

In the main photograph I am offering him a silver pen to sign our visitor book in the Town Hall. He produced his own and with a grin said he thought it would be good enough!

It was one of the most extraordinary and most memorable occasions of my life in Lynton & Lynmouth.” 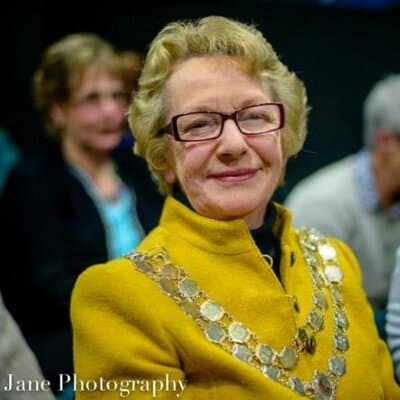 The following is an extract from that 2002 Edition of the Lynton & Lynmouth Scene Magazine that was widely circulated at the time.

“Well before the special year of remembrance, His Royal Highness Prince Philp was invited to visit Lynton and Lynmouth. He came just after the flood and saw the devastation for himself and he promised to return to see Lynmouth rebuilt.

To our first invitation the reply came that the Duke would be too busy to come in Jubilee Year but would be able to visit in March 2001. The outbreak of Foot and Mouth Disease put paid to that plan and it was hoped he might come later that year. As 2002 came closer we took every opportunity to say we were still hopeful a Royal visit would happen and sure enough word came to say he would come on November 1st 2002.

The Duke arrived by steam train in Minehead and was driven over to Lynton Town Hall to meet our Mayor and Mayoress, town councillors and community leaders. He signed our visitors’ book and we showed him the page he had signed in 1952. The weather was appalling with torrential rain and high winds. It was expected the Duke would take the car down to the school where he was due to inspect the refurbishment and unveil a plaque. His Royal Highness had other ideas, he was determined to meet as many people as possible and so he walked everywhere and in the best of humour. After his visit to the Lifelong Learning Centre, the Library, the School and the Museum he descended to Lynmouth on the Cliff Railway and made his way to The Flood Memorial Hall. Here he presented Jubilee Medals to our coastguards and a long service award.

On Lyndale Bridge he unveiled a plaque to commemorate his visit during 2002, the 50th anniversary of the flood, and admired the fine oak cross, placed where the rivers meet as a lasting reminder of those who lost their lives.

Walking down Lynmouth Street he met many local people and seemed to be enjoying every minute of his visit. After lunch at the Bath Hotel he took his leave and headed for Bideford. His enthusiasm and vitality had rubbed off on all of us and we all agreed it was a wonderful end to a quite amazing year.”

Visit the Lynmouth Flood Memorial to learn more about the devastating events of that fateful night in 1952 and the Duke of Edinburgh's visit shortly after.
Read More
Category: History & Heritage20 April 2021