Nature Diary: Switzerland by the Sea 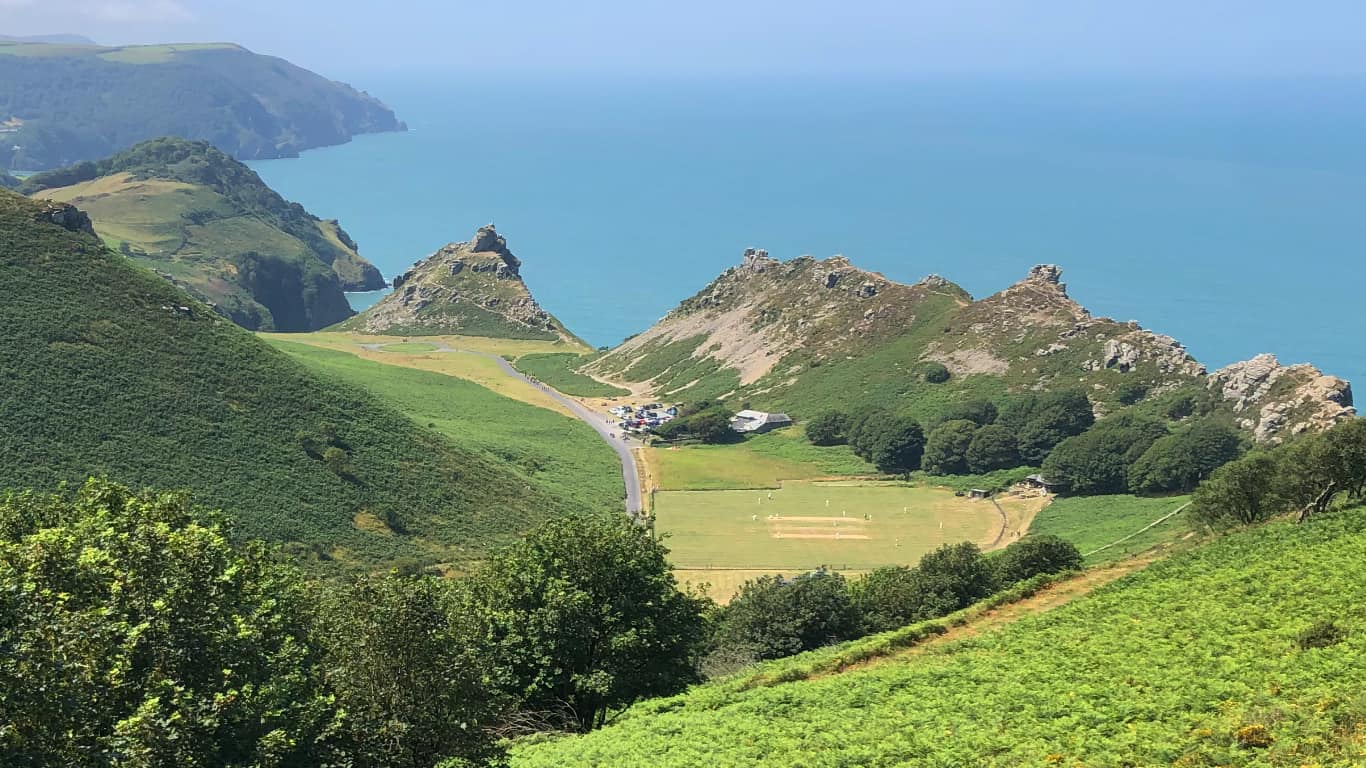 NATURE DIARY: Switzerland by THE Sea

Before I sit down to write an article I consider the subject for days, sometimes weeks. Preparation for this piece on the Valley of Rocks was no different – although, whereas my normal thought process is a jumble of ideas and memories, the thing that immediately sprang to mind were the words of the Poet Laureate Robert Southey from his visit back in the late-eighteenth century:

"From Linton an easy and little descent led me to the Valley of Stones. The range of hills here next the sea are completely stripped of their soil, the bones only of the earth remain: in the vale, stone upon stone is scattered, and the fern grows among them. Its origin I could not conjecture. Water to have overwhelmed such a height must have inundated all the lower country, a thing evidently impossible: and the hills on the other side of the valley, not an arrow's flight distant, are clothed with herbage. A water spout perhaps; but I am, to my shame, no naturalist."

Why should Southey be at the forefront of my mind when I started to think about the Valley of Rocks? Well, a few years ago I was contacted by a researcher from the BBC’s Countryfile. Someone had suggested I may be the person to talk to when John Craven visited the Valley as part of his tour of Lynton and Lynmouth. I agreed, thinking they would want me to talk about the wildlife or landscape. “No”, the researcher said when I asked, “we want someone to talk about the Romantic Poets”. I was confused. “I don’t know much about them,” I replied. “Well”, she retorted, “you have a few days to learn don’t you?” So that is what I did. To my embarrassment I now know of a couple of people on Exmoor who are recognised experts in this field. If I had known this then, I would have pointed the researcher in their direction. I didn’t though; I swallowed hard and, with butterflies in my stomach, agreed to give it a go.

The day arrived and I sat on a rock (where else?), down by the car park with this man I remembered from Newsround. We chatted about the Poets. I was more nervous than I had ever been; it wasn’t my subject at all, but I reeled off a few lines that I had learnt parrot fashion and John nodded in encouragement, or maybe sympathy. I think I got away with it, but I shall never agree to talk about something like that at such short notice again. John and the camera crew seemed satisfied though, they thanked me and wandered off in the direction of the Cricket Club where I believe they may have had tea and a slice of cake before John faced a few balls delivered by the cricket team. I believe if they had known of my passion for cake they may have invited me along, but it was not to be.

The dramatic and special nature of the Valley of Rocks has attracted writers and visitors for centuries. Legend has it that R.D. Blackmore’s Mother Meldrum, the witch visited by John Ridd in Lorna Doone, was based on a local woman named Aggie Norman. It is said by some that Aggie’s husband dug the path to the top of Castle Rock so that Aggie could sit at the top, selling tea to the visitors. Now, of course, you don’t need to climb Castle Rock to get a cup of tea: Mother Meldrum’s tea garden, so admirably run by my friend Jacqui, is adjacent to the main car park. I’ve known Jackie for a long time. She managed the tea garden at Watersmeet when I started work there. I don’t think she has magical powers but there is definitely some kind of sorcery in the huge piles of delicious scones that come from her kitchen each day.

The rock in the Valley is Devonian sandstone, which, incredibly, was once the sandy bed of a warm, shallow, equatorial sea off the coast of the supercontinent known as Pangaea. It was pushed northward, compressed and ‘folded’ by the forces of continental drift to its present location. Later, during the Ice Age as water froze and expanded, it cracked the rock, splitting it into the layers of scree we see littering the valley today. This process is known as frost shattering and is one of the geological terms I remember most clearly from my geography lessons at school.

The Valley is quite unique in its parallel orientation to the Bristol Channel. The formation theory I like best is that the Lyn Rivers used to flow all the way down through the Valley of Rocks, before entering the sea one side or the other, perhaps both, of Rugged Jack – the pyramid-shaped formation by the roundabout. Water erosion eventually broke through to the sea at Lynmouth and the intervening years and continuing natural processes have left the Valley of Rocks and the town of Lynton 600 feet higher than the present river valley in Lynmouth. In fact, if you take a look at the OS map and trace the source of the East Lyn, parallel to the sea, from beyond Malmsmead, you can make out the continuation of the East Lyn Valley, through the town of Lynton, which sits directly on the dry riverbed, right through to Rugged Jack. My observations, having spent several weeks scrambling through the woods, surveying the rock outcrops on the slopes above the A39, between Watersmeet and Lynmouth, also suggests that this part of the Valley would be very similar in appearance to the Valley of Rocks before tree cover obscured it from the casual eye. There are major rock bluffs and scree outcrops covering both sides of the East Lyn Valley. Without continuous grazing the Valley of Rocks would quickly become wooded, too, and those outcrops and distinguishing features we all know would quickly become as obscured and unknown as their cousins further up the Lyn Valley.

As for wildlife, look out for birds like wheatears, ravens and peregrines; out to sea you may be lucky enough to see porpoise or dolphins, and someone once told me they had seen a basking shark, although I never have. If you are out and about early you may see a roe deer and you will almost certainly be able to watch the feral goats at any time of the day. For the best views access the Valley, park in Lynton and climb Hollerday Hill, via the path behind the Town Hall. The cliff-top path will take your breath away, with views out over the Foreland and South Wales. If heights are a worry then there’s a wider, less vertiginous, path inland. Once you reach Windy Corner the Valley is laid out before you as if you are in a hot-air balloon. You will look out over the cricket ground, past Rugged Jack and Castle Rock towards Lee Abbey and beyond.

The Valley of Rocks draws many thousands of visitors each year, it is one of Exmoor’s most famous locations – after all it is very attractive. If you’ve never been then I highly recommend it, although if you are looking for seclusion I would suggest you go early or late in the day as it can get busy, or go in the winter to appreciate just how wild it can be. Make sure it’s not too windy though, the shape of the valley tunnels a strong westerly wind and it can be difficult to maintain your balance when it’s truly wild.

I enjoy the words of Robert Southey; he is credited with naming the area ‘Little Switzerland’, although I believe what he actually said was “there was something distinctly Alpine in its appearance”.

There most certainly is sir.

This article appeared in Issue 93, Winter 2020, which is available here: https://www.exmoormagazine.co.uk/shop/editions/winter-2020/