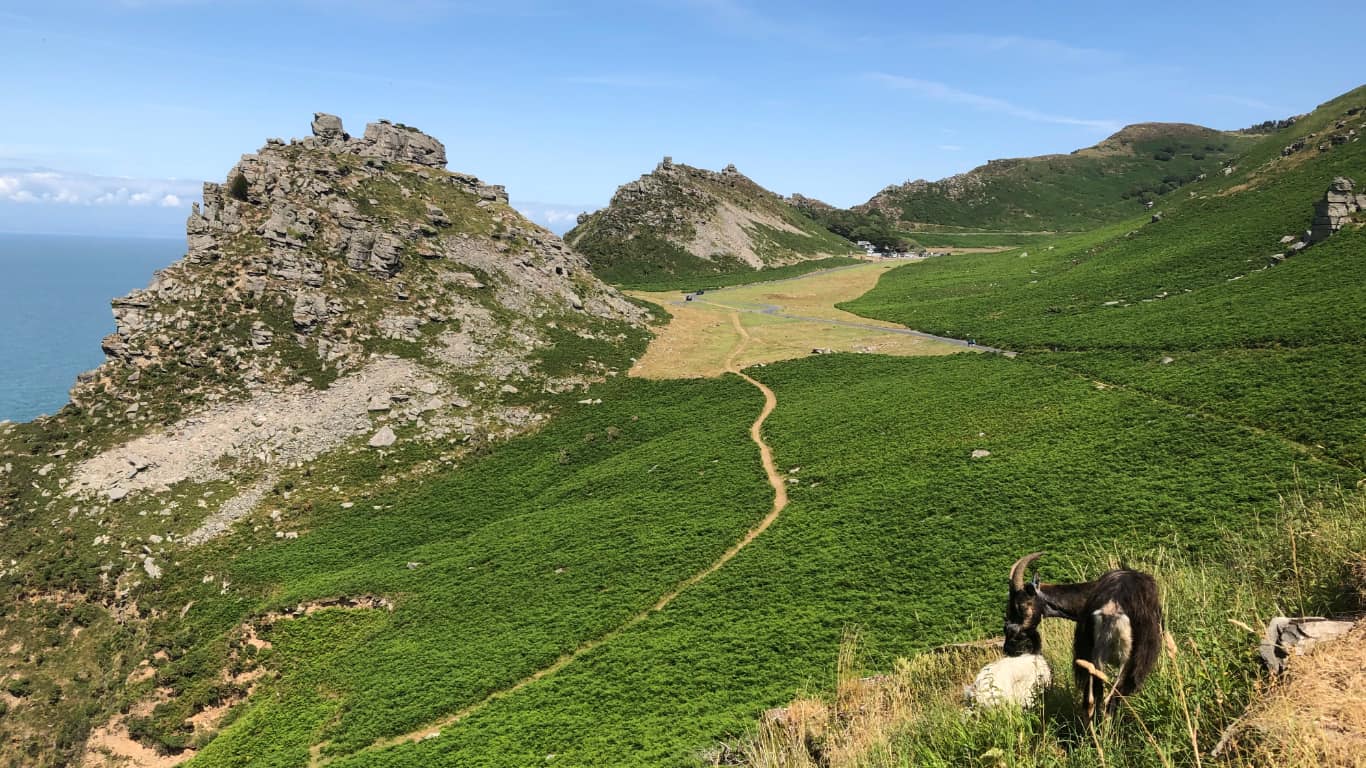 Rising to over 600 feet above the Bristol Channel, the cliffs of Castle Rock and Rugged Jack evoke wilderness and romance.

With feral goats clambering along the sedimentary rocks and making death-defying leaps over the bracken below, it is easy to see how such a landscape inspired poets and novelists alike. But there is more to the Valley of Rocks than dramatic scenery and our four-legged friends.

The geology of this coastline was formed around 400 million years ago during the Devonian period, when rivers flowing across the area deposited silt and mud, and plants were still very much in the early days of colonising land masses.

The rocks that make up the Valley of Rocks hold many important fossils from the period and the dry river valley itself is an indication that glaciers once existed as far south as the North Devon coast.

In among this incredible landscape live the goats, which have inhabited the site on and off for over 6,000 years since the first settlers left traces of prehistoric field systems. Indeed, they are as entwined with the history and culture of Lynton and Lynmouth as the cliff railway, or the 1952 flood. Their long horns, sturdy bodies and shaggy coats are perfectly adapted to life on the scree and their ability to keep bracken at bay is second to none.

The valley is one of the most impressive in our National Park and is designated as part of a Site of Special Scientific Interest (SSSI) which extends 9km along the coast, taking in Heddon’s Mouth and Woody Bay to the west. The Valley of Rocks itself is home to over 140 species of lichen, the bare rock, clean air and salt spray being a particularly inviting environment for this unique form of symbiosis.

A scramble up Castle Rock or a more gentle stroll up to Hollerday Hill, paying special attention to the rocks, will afford a good view of the lichens Caloplaca arnoldii (small and orange) or Lecanactis monstrosa (small and grey) – you can pick up a field guide from the National Park Centre in Lynmouth to find out more!
For any budding botanists there are plenty of plants to find; the loamy soils which have developed over the bedrock support a variety of hardy maritime plant communities. English stonecrop, with its small pink and white flowers, attracts bees and hoverflies, while sea campion and thrift complete the colour palette with their purple and pink hues. The hardy wall pennywort is as at home on the windswept towering cliffs as it is on a traditional Exmoor hedgebank.

This is an excellent spot for the ornithologist, too: taking a walk along the South West Coast Path from the Valley of Rocks, you may encounter stonechats bobbing around on the vegetation – their endearing name earned for their unique call, reminiscent of two stones being bashed together. You may spot a Northern wheatear running along the path ahead, or a pied wagtail hopping about with an impossibly long tail.
If you are very lucky, you may witness the wonder of a peregrine falcon diving for its prey; pairs are known to nest along these sea cliffs.

This article appeared in Issue 93, Winter 2020, which is available here: https://www.exmoormagazine.co.uk/shop/editions/winter-2020/