You are here:
Places to Eat & DrinkHilary Bradt Guides 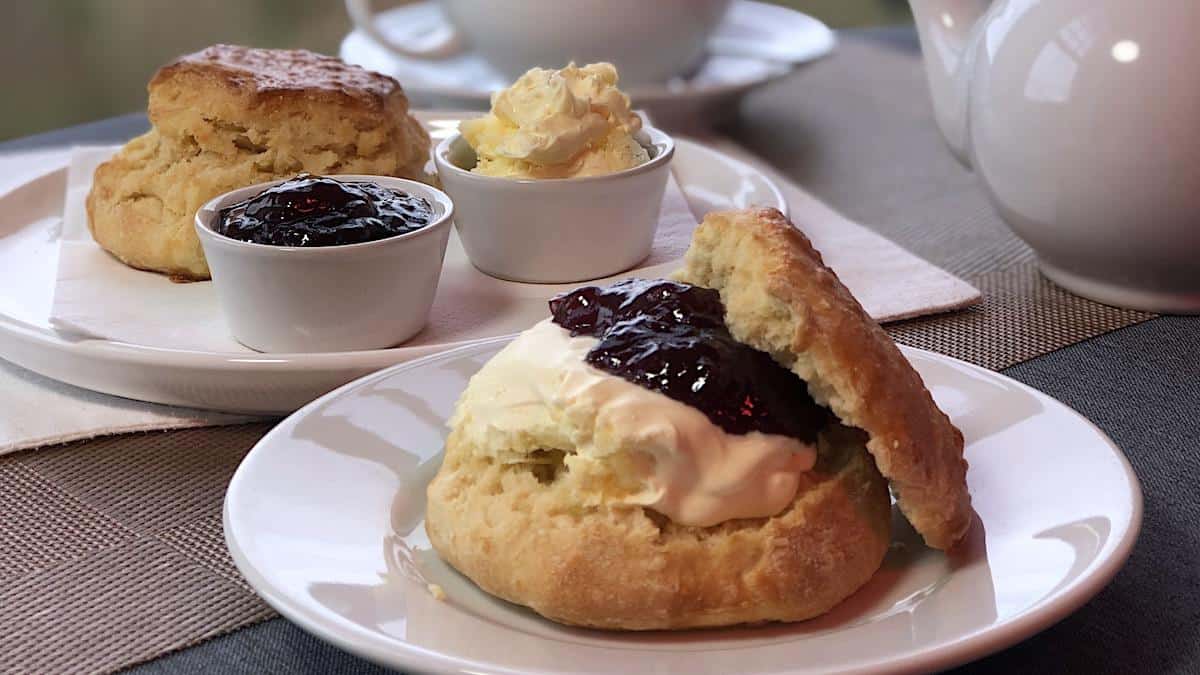 The taste of Exmoor is undoubtedly that of clotted cream.

A cream tea is as integral a part of a visit to this region as rain (indeed, the one often leads to the other). Clotted cream is quite unlike any other sort of cream, being as thick as butter and almost as yellow; it contains more fat (around 63%, while double cream is 48%), and traditionally was made by gradually heating fresh milk using steam or hot water, and allowing it to cool very slowly. The thick cream that rises to the top was then skimmed off.

The original term was clouted cream, clout being the word for a patch, referring to the thick crust that forms when the cream is heated.

Clotted cream is only made in Devon and Cornwall, and we Devonians are not only convinced that ours is better but that we got there first. After all, it was one of the wives of the Dartmoor giant, Blunderbus, who won her husband’s affection by bringing the knowledge of clotted-cream-making to his kitchen. The story is slightly spoiled by the fact that Jennie was exiled to a cave in Cornwall at the time for being a lousy cook, and it was a Phoenician sea captain who taught her the process as a reward for saving his ship from wreckers.

The Victorian prime minister William Gladstone was right when he called clotted cream ‘the food of the gods’.

Clotted cream is served with fresh scones, which should be warm from the oven, not the microwave; purists prefer plain scones but others, myself included, love the fruit ones. In Devon, we spread the cream on the scone first, instead of butter, and add jam on top; in Cornwall, it’s the opposite: jam first, then clotted cream. Either way, it’s utterly delicious – and very filling.

Talking of jam, an Exmoor speciality is whortleberry jam. Whortleberry is the Exmoor name for bilberry, a heather relative which grows on the moor.

This is an extract from Slow Travel: Exmoor National Park by Hilary Bradt, published by Bradt Guides. Text © Hilary Bradt. All rights reserved.