MY LYNTON AND LYNMOUTH LOVE STORY

Lynton is my home town. Along with Lynmouth, I love it deeply. Now living in Brixham I visit every year.

I arrived in Lynton in 1942, as a baby. I left in 1952, shortly before the Lynmouth Flood, and I did not return until 1964 when I came with my wife Pauline on our honeymoon. We stayed at the Rockcliffe Hotel, where my mother had worked for a while (she also worked at the Lyndale Hotel in Lynmouth, which was swept away). Before Pauline died a few years ago we visited every year. Once we even cut short a holiday to Yugoslavia (as was) towing our caravan to Lynton and Lee Bay, before returning home all the way to Carlisle.

“Are not the mountains, waves, and skies, a part
Of me and of my soul, as I of them?”

At first, as a toddler, I lived with my mother and elder brother David at Rose Cottage, Sinai Hill — then later in Cavendish Place a few doors down from the laundry. I remember Cavendish Place well, not least because I broke my nose pedalling down the ‘hill’ on my little red trike. I think I was taken to the Cottage Hospital. Despite a later operation my broken nose still gives me problems.

Before attending Lynton Primary School, I was taught at ‘the little school’ (Henic Preparatory) opposite Queen’s Hotel, because it was owned by my aunt who taught there until she died of a stroke. Her name was Annie Woolley. There may be someone among the older Lyntonians who remember the school, Miss Woolley and the two Misses Edmunds who lived with her at Little Zephyr Cottage. Annie Woolley used to play the organ at what was then the Congregational Church in Lee Road, 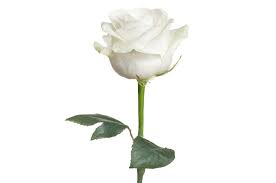 My mother, Ivy Pilnick (later Clayton) was for a while the manager of the Dry Cleaners, almost opposite to our house in Cavendish Place. There was a Laundrette there the last time I looked. She contracted Trichloroethylene poisoning which troubled her throughout her life. After her death, we placed a wooden bench to her memory at the Town Hall. A few years later the small brass plate had been removed, and now the seat itself has gone.

After we moved away in 1952 I was always very, very homesick for Lynton. For the first ten years of my life, I had not realised that there was nowhere else like Lynton. Where else can you wander away from the town centre for just a few minutes, to find yourself in a place as magical as the Valley of Rocks? When sleeping I used to dream of walking up Hollerday Hill, and I dreamt of hearing a strange eerie sound I could not identify on waking. On returning in 1964 I discovered what it was: the noise of the cables running over the rollers of the Cliff Railway. Another sound I remember is the explosions when Hollerday House was demolished, for safety as children were playing in the dangerous ruins. I was one of those children.

At first, Pauline and I used to visit with a tent squashed into the sidecar of our motorcycle combination, then with caravans and finally a motorcaravan. For short visits, we also stayed in B&Bs, hotels and self-catering apartments such as Clooneavin in Lynmouth. After trying all the excellent campsites in the area Sunny Lyn became our favourite. From there we could walk into Lynton along the ‘bridle path’ or up then down into Lynmouth via Summerhouse Hill. Now I arrive by train and bus for a few days’ wonderful days at Rockvale House, only minutes from the superb little Cinema, the Craft Centre and Town Hall.

One of our favourite spots was Middleham Gardens beside the East Lyn. I remember as a child being taken to look around the Middleham cottages with a view to renting (from the Electric Light Company?). This was probably just before the Lynmouth Flood swept them away, with lives sadly lost. However, instead, we left Lynton altogether. Years later I became a member of the Middleham Gardens Trust, ‘purchasing’ one square foot of land; but my dream of being a Devon landowner was extinguished along with the Trust when it was wound up some years ago. Now the Lyn Community Development Trust has done a fine job restoring and maintaining the gardens.

I hope to visit again soon, and I am so glad the nearby bridge has been restored. A couple of years ago, I tried walking up to Watersmeet along the right- hand path, after I found the bridge was no longer there. That path may have been alright when I was young, but not now. I had to back-track. Less energetic walkers will find the path along the left side of the river provides an easy route to the National Trust tea room and gardens, close to the waterfall.

Entangled in the infinite our bones shall not grow cold
Our windblown ash will mingle, as if into a single soul

Pauline shared my love for Lynton and Lynmouth. Born in Birmingham she could hardly believe there was such a lovely, peaceful place in England. The middle names of both our children are Lee — named after Lee Bay.

We scattered Pauline’s ashes in the Valley of Rocks, near the Poets’ Shelter. Mine will join hers, hopefully not before I have walked the many walks again, and again.