Nature Diary: Lights by the Sea 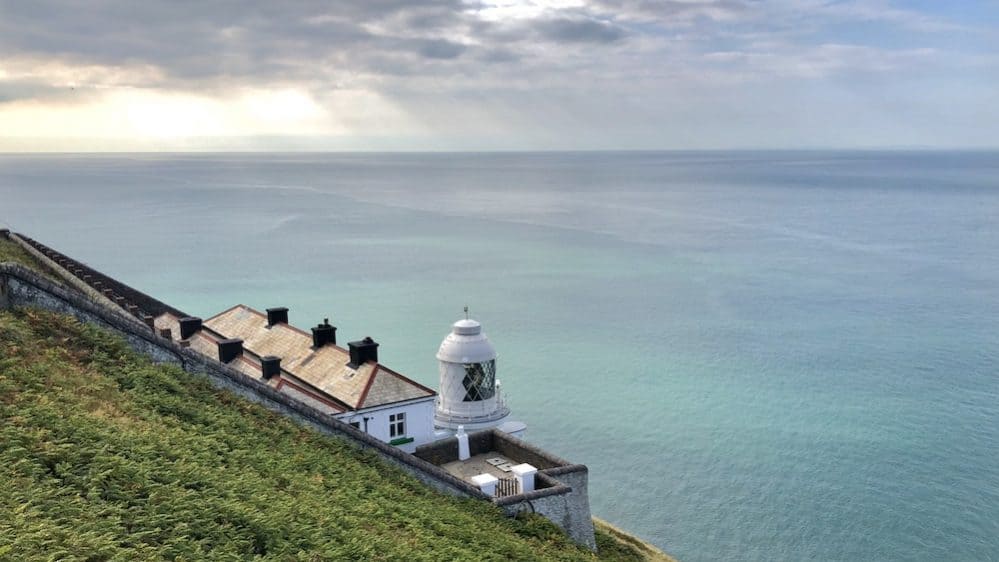 NATURE DIARY: Lights by the Sea

I have always had an affinity for the coast, although nowadays it is no longer the long stretches of golden sand, surfboards, buckets and spades offered by the likes of Woolacombe and Saunton which draw me in.

Although perfectly pleasant, they seem a little crowded for my liking. It’s not always been that way for me, though; my sister and I were taken to the seaside quite often as children. My father had a boat moored in Langstone Harbour which we would occasionally sleep on, which was exciting, and my grandparents had a static caravan on the South Coast that I sometimes stayed in during the school holidays.

I would spend hours joyously sitting on the sand or kicking a football on the beach with my grandfather. We would walk along the top of the sea wall breathing in the smells of seaweed, candy floss and fish and chips to a soundtrack of sixties music issuing from the amusement arcades and the raucous humour of the bingo callers. My grandmother and her friend were fairly rotund ladies and they would laugh and nudge each other as the callers shouted out ‘two fat ladies, eighty eight’. I laughed too.

Julian lives close to Lynmouth Foreland Lighthouse, which was built in 1900 as a further aid to navigation in the Bristol Channel, 20 miles east of Bull Point.

The round, white tower is 15m in height, set on the extremity of the headland E.N.E. of Lynmouth.

It can be seen for 18 nautical miles.

Now, however, the coast I feel more in tune with is a rugged one and certainly more solitary. It’s a dramatic place with woodlands that sweep right down to the shoreline, trees almost dipping their roots in the sea. My enjoyment of the coast today is more about long walks and wildlife spotting than building sandcastles. On days off I can spend hours looking out to sea from my living-room armchair or from a seat in our clifftop garden. I like to watch the ships going up and down the Severn Sea and, with modern technology, I can look at an app on my mobile phone which tells me where each ship has come from, where it is going and what it may be carrying. Sometimes we are joined by a ‘neighbour’ for a few nights as a tanker drops anchor between us and Porthcawl – I believe they are waiting for the price of oil to be right before taking it ashore.

The other thing I find myself enthralled by is the lighthouse, directly opposite our home, at Nash Point in South Wales. On a clear day we can make out both the ‘High (East) Tower’ and the ‘Low (West) Tower’. At night Nash Point can be the last thing I see before closing my eyes, as quite often it will faintly light the
bedroom with its constant flashing, twice every 15 seconds; it can be quite mesmerising. Occasionally we used to hear the foghorn, too (now, sadly, silent); it reverberated across the sea, through fogs which no light could penetrate. When the sea is calm and the air clear, I can go out into the garden at night and look up the Channel towards Flat Holm, where I can see another lighthouse – this ancient 30m tower (built in 1737 and re-engineered in 1820 and 1866) flashes three times every ten seconds. And, looking back west of Port Talbot with its steaming giant of a steelworks, yet another lighthouse is visible on the Mumbles: this 1794 light flashes its beam of light out over Swansea Bay four times every 20 seconds.

By design, of course, lighthouses shine their lights out to sea, so we don’t actually see the light flashing from our next-door neighbour, at Lynmouth Foreland Lighthouse. This, though, is the lighthouse I know best. I first walked down the steps 25 years ago. The lighthouse had been automated in 1994 and the National Trust had just taken over the cottages that served as keepers’ accommodation. The cottages themselves were very austere and functional, almost barrack like. I would have happily moved in just as it was but they were destined to become a very popular holiday let. The Foreland Light itself is accessed by walking down yet more steps from the cottages, before ascending the tower itself.

The builders of Lynmouth Foreland Lighthouse.

One of the workers is his grandfather George Ley. He was 23 at the time of the photograph. He walked daily from his home at Lynbridge, did a 12-hour day and walked back.

He was known as ‘The Bigin’ as he was 6’2″. He raised 18 children at Lynbridge and it sounds like he was quite a character as he swam completely around Lynmouth Bay for a bet!

I remember following Ted Lethaby, the caretaker, and being amazed at the sparse furniture, including a rather nice Welsh dresser, that had been made to fit the curved walls of the tower itself. At the top, inside the optic, Ted pointed out the lamp itself, which I have to say I found slightly disappointing as it was not much larger than a normal household lightbulb; all the candle power comes from the magnification of the lenses. The whole structure – lens, gears, platform and electronics – weighs several tons and, amazingly, floats on a bed of mercury. Ted demonstrated just how well this worked by pushing his hand down on one side of the light; the whole structure tilted sideways slightly.

Before cleaning the lenses we rang through to control at Trinity House and they gave us permission to start the auxiliary light, which sat outside, bolted to the railings, and turn off the main light. Once this was done, and the rotation had ceased, I climbed up into the lens through a small gap. It was like climbing into an impossibly large kaleidoscope, bright and slightly disorientating. I spent around an hour inside the lens structure polishing with a duster whilst Ted cleaned the windows of the tower itself. Once we were done I spent some time just looking out from the tower, a view I will never forget. There were gannets dive-bombing a large shoal of mackerel that shimmered in the bright sunlight.

Trinity House operates more than 60 lighthouses across England, Wales and the Channel Islands, and I’m lucky enough to be able to see three lighting up the coast from my home on Exmoor and to have one as my ‘next-door neighbour’. They are all automated now, but can you imagine what it would have been like to work as a keeper? My friend Steph’s father was one of these men. He was stationed at the Lynmouth Foreland Lighthouse among others. I’ve heard that Lynmouth wasn’t a popular posting as it faces north and so doesn’t get a lot of sun, but I think I could have managed, though, how about you?

The information in the captions which follow has been provided courtesy of Trinity House. To learn more visit www.trinityhouse.co.uk.

Grateful thanks to Dave Roberts for heading out to sea especially for us to capture Lynmouth Foreland from his boat, Alykat!

This article appeared in Issue 88, Autumn 2019, which is available here: https://www.exmoormagazine.co.uk/shop/editions/autumn-2019/

Lights by the Sea

Lighthouse looking out to sea by Jason Broughton